Jeff, oversees the Frontera Foundation, which is a nonprofit that gives small farmers that serve the Chicago area working capital grants up to $12,000. To date they have given out one million dollars in grants. 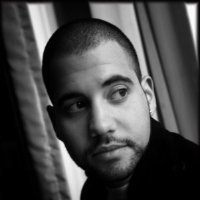 Title: Assistant to Rick Bayless
What neighborhood do you live in?: River West
Favorite thing Chicago?: It depends on the season but overall the food. He believes that the local food movement in Chicago is the best in the country because we have to work with more seasonal foods rather than in a warmer climate such as California, “you really have to know your craft and be able to think outside the box.”.
What is Frontera Grill’s green angle?: All Bayless restaurants are LEED certified and use food from 10-15 local farms. They also change the menus every month to keep up with the changing seasons, keep restaurants interesting and their chef’s on top of their game and creativity. Even though the restaurants are a destination for tourist, Bayless really wants them to be a destination for Chicago people and represent Chicago’s style of food.