The Runners move through time, emerging from antiquity to meet the present.

Sculptures
“Flame of the Millennium”, Gateway Green’s flagship installation, was dedicated in December 2002 at the southbound interior of the Ohio Interchange of the Kennedy Expressway. Installation and production costs for “Flame of the Millennium” were generously underwritten by Alper Services. This abstract, stainless steel sculpture, created by Leonardo Nierman, stands twenty-five feet tall and weighs over seven tons. The piece represents a flame in the wind, as the source of light bringing wisdom and clarity in the new millennium.

“The Runners”, by Theodoros Papgiannis was Gateway’s second art installation. In the summer of 2006, with the support of the Athens Sister City committee and City partners, the sculpture was installed on the grounds of O’Hare International Airport at Terminal 5. The artist once said: similar to ancient Greek pottery figures, “The Runners” move through time, emerging from antiquity to meet the present. This sculpture will not only be pertinent tie between Athens and Chicago, but will surely become a landmark for the 100 million annual airport visitors.

“Being Born”, by Virginio Ferrari is the centerpiece of the Donald J. DePorter Gateway, formerly the North Orleans Triangle. In 1996, Gateway Green Committee, along with the City of Chicago, completely renovated the this formerly dirt lot and moved f”Being Born” rom its original location at State and Washington to the DePorter Gateway.  Being Born celebrates both art and technology and pays tribute to the industry that commissioned and fabricated it. Sculptor Virginio Ferrari explains, “The circular element symbolizes the precision and skill of this industry. The two stainless steel elements fit exactly into each other, symbolizing the process of die making.” The openness of the outer circle suggests that the industry continues to grow. Supporting the steel sculpture is a round granite base concealing a water mechanism that releases a continuous flow of water over a central surface that acts as a reflecting pool.”

Sponsor Benefits
Improving the city and its quality of life 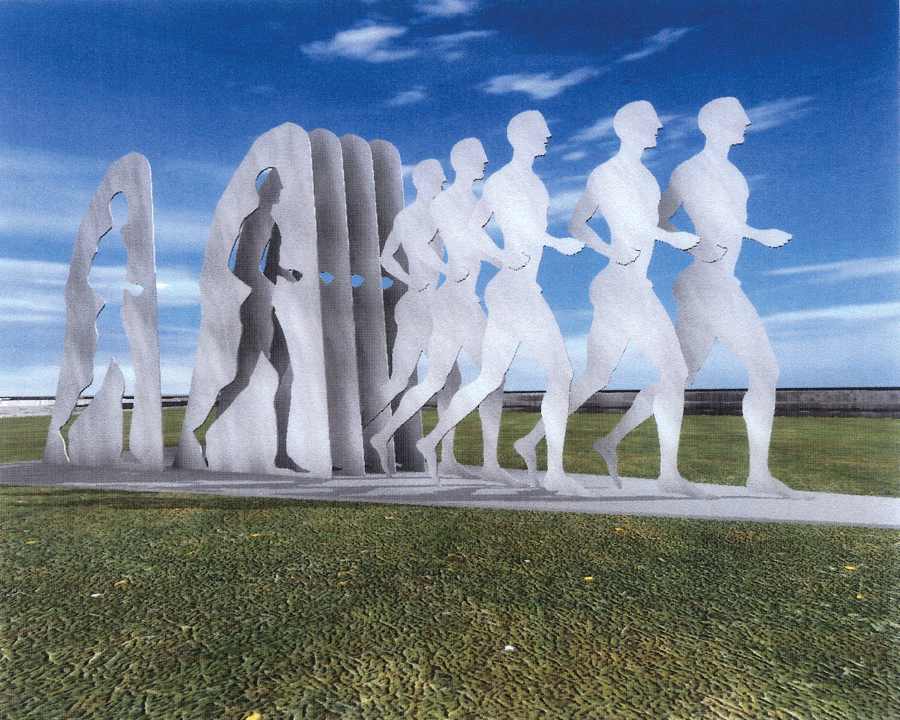 SPONSOR
Gateway Green’s work in greening and beautification began through the partnership of Chicagoans dedicated to improving the city and its quality of life. Today, our efforts are possible through the hard work and collaboration of many public and private partners. We value these relationships and take the time to highlight our sponsors whenever possible. Below are just some of the benefits of being a sponsor of the Expressway Partnership Program.

We are ONE WEEK away from Virtual Trivia Night! We

We are so excited to announce that we’ve officia

Thank you to our new Expressway Partner HAVEN Home

Thank you so much to all our raffle participants!

We know this year has been tough, but throughout t